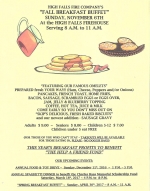 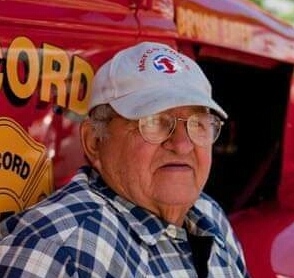 Arthur D. Lapp Sr. HIGH FALLS- Arthur D. Lapp, Sr., age 85, of High Falls, died peacefully at home on Oct. 18, 2018. Arthur D. Lapp, Sr., was born to the late Charles L. and Harriet Lapp on Jan. 20, 1933. He was united in marriage to Peggy Rosa on Oct. 10, 1959 in Stone Ridge, N.Y. Arthur graduated from Kerhonkson High School in 1952. He entered the Air Force in 1952 and served for four years active duty and four years reserve duty; leaving in 1957. He served one year overseas in Morocco, before the Korean War ended. He earned his Associates of Arts degree in Fire Science from Ulster County Community College in 1986. Fire service was his passion, giving 65 years of service through teaching courses, being a chief of the Accord Fire District for several years and serving on the Fire Advisory Board and Ulster County Volunteer Fireman’s Association as a director and held numerous other positions in the Accord Fire District. He was currently treasurer of the Accord Fire Company. Beyond the fire service Arthur’s passions including fishing, trapping and hunting with his children and their spouses. He also had a love of farming having owned cows, pigs, and chickens on his homestead in High Falls, N.Y. One of his specialties was diving for water or “water witching” to locate water for wells. He used cherry branches to locate the water. He was an awesome neighbor and mentor to the younger generation. He is survived by his wife, Peggy, of 59 years of marriage and three children: Rose Ann (Eddie) Roberts of High Falls, N.Y.; Arthur (Cindy) Lapp, of Hurley, N.Y.; and Frank (Tammy) Lapp of Crossville, Tenn. He is also survived by his siblings, Charles B. Lapp (Carol) of North Carolina; Marian Thies of Virginia; Ronald Lapp (Lorraine) of High Falls, N.Y.; and Harriet McKay of Florida. He is predeceased by siblings, Myrtle Dunmire, Frederick Lapp, LeRoy Lapp, and Helen Lipke. He is also survived by numerous nieces and nephews. Graveside funeral services will be held 12:30 p.m. Sunday, Oct. 21, 2018, at the Benton Bar Cemetery, Lucas Avenue in Kyserike. Rev. Arlene Dawber will officiate. Arrangements are by the George J. Moylan Funeral Home, Inc., 2053 Route 32, Rosendale. (www.GJMoylanFuneralHome.com) There are no calling hours at the funeral home. In lieu of flowers memorial donations are requested to the NY Firefighter’s Burn Center Foundation, 21 Asch Loop, Bronx, N.Y., 10475.

High Falls - Martin "Marty" Koehler , 72, of Canal Road died Thursday May 1, 2014 at Health Alliance Hospital Mary's Ave. Campus in Kingston. He was born in NYC December 21, 1941 a son of the late Frank and Anna Koehler. An High Falls resident for many years Marty had been a self employed painting contractor. He later became the Director of Grounds at the Boscobel Museum in Cold Spring until retiring in 2005. Marty was an active member of the community serving in the High Falls Fire Department for 35 years.
He was awarded Fire Fighter of the Year in 2008 and received the Chief's Award in 2010 and 2014. He currently was serving as the company President. He also served the High Falls Fire District as Commissioner . Marty also had been a member of the Ulster County Arson Task Force from 1988 to 1995.
He is survived by 3 sons, Adam and his fiancè Viannui Reyes of Henderson, NV, Matthew and his wife Janette of Kerhonkson, and Daniel and his wife Kara of Poughkeepsie, a sister Frances Turek of NYC, and several nieces and nephews. An infant daughter Delilah, and a sister Stella, both died previously.
The family would like to express thanks to everyone that was supportive to Marty throughout his illness and special thanks to Stephanie Turner and the entire Turner family.
Funeral services will be held Monday 7 PM at the George J. Moylan Funeral Home Inc., 2053 Route 32, Rosendale. Rev. Arlene Dawber will officiate. Cremation will be private. Friends may call at the funeral home on Monday prior to the services 4 to 7 PM. In lieu of flowers the family suggest memorial donations to the High Falls Fire Department. 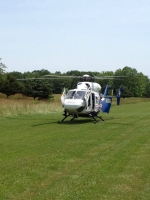